Our Sister Somayah Kambui Is Gone? 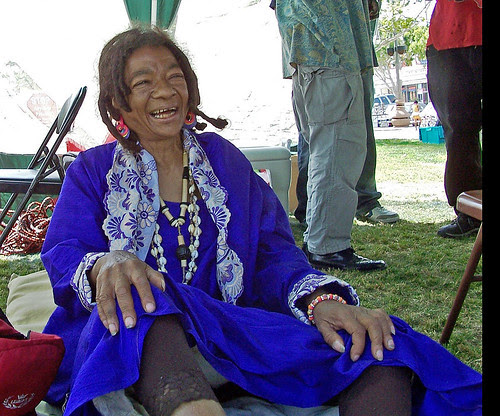 This is not the official family obituary but notes from some of the many people who were inspired by the life's work of Los Angeles' Hemp Hero Sister Somayah Kambui.

It is with profound gratitude for her decades of service that we report the physical death of Sister Somayah Kambui, founder of the Crescent Alliance Self Help for Sickle Cell, Hemp Is Hep, and the producer of the first 10 Los Angeles Million Global Marijuana Marches, who passed on Thanksgiving Day, 2008. Her brother R. W. Akile said she went in peace and he felt her say 'I am not in pain no more.' She looked like a Egyptian royalty.

Sister Somayah is a legendary hemp farmer and activist in Los Angeles, known for getting 4-5 high quality hemp, Nigritian Keif, crops a year out of her back yard. 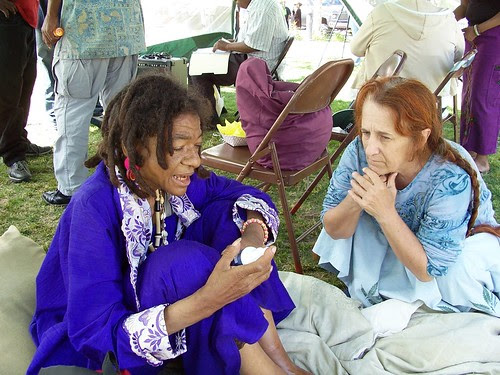 Somayah used hemp to more than double her life expectancy with sickle cell and was instrumental in including sickle cell in the language of Prop 215, as well as getting out the vote. 13 years later, when even in 2008 hemp was voted legal in 9 out of the 10 states where it was on the ballot, it was still illegal to blow hemp smoke over her as she passed from life to beyond life. She is dancing in the smoke now.

Sister Somayah was the first to notice how the DEA always showed up at harvest time and took the best crops. It's what they used the helicopters for to fly frequently over her back yard. The DEA would come in, bust her like she was a dog, and then she would be acquitted in court. Her treatment in prison was inhumane. The prison system was not designed to assist people with sickle cell. She fought on to the end anyway, knowing her work was too important to quit.

At one trial she was found not guilty on all 15 counts they brought against her, but OMG the toll it took on her body and soul fighting the government without funds. She would then have to fight over getting her hemp plants back and though court ordered, the ones she received were not even hers and beyond consumption value.

The number of computers the LAPD seized that contained her decades of research she no longer had an accurate count of. They never gave those back. She had just purchased a new computer to try to reconstruct the material when it's reported the pain of sickle cell was too much. She also said she and Akile were having a rough time trying to get hemp seeds started earlier this fall.

Somayah was the founder of Crescent Alliance Self Help For Sickle Cell, an organization of sickle cell patients who used hemp to help manage their illness. Somayah recommended large doses of hemp seed oil which gave positive results. She pressed high quality hemp seed oil on her beloved machine donated by friends, Nigritia, and shared the oil with patients.

She would share her plants with sick people in the neighborhood who needed forbidden medicine to live and many lived longer than they would have. Folks would come to her home as late as 2 a.m. begging for medicine for a sick person they have home. Rest is important in healing and medical grade hemp helps people relax and rest. Stress kills and medical grade hemp reduces stress. Recently she was in conversations with colleges about her research in applying hemp to sickle cell. Dr. David Satcher consulted with Sister Somayah on the subject.

In 1999, fellow hemp activist Dana Beal approached Sister Somayah to produce the million marijuana marches he had started in New York in the 70's in Los Angeles.


Again, we offer profound gratitude for the life and sacrifice of Hemp Hero Sister Somayah Kambui, whose work will pay off a trillion fold should President Obama do the right thing and 'let our hemp plant go.'

Well done, grand and glorious Sister Somayah. Well Done. Thank you Richard M. Davis, R. W. Akile and other members who are her family and friends who stood at her side during her transition days. 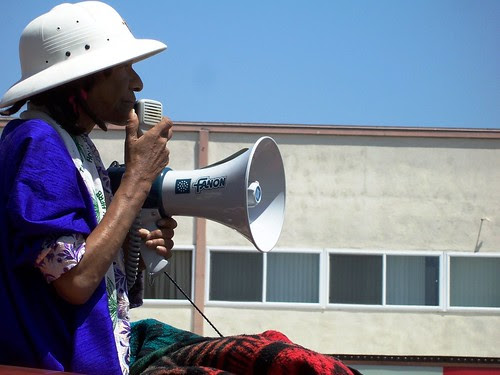 On the other side of the trauma,
Of my body passing away,
Please understand that
Death is only a transformation.

Know that the soul part of me,
That which you cannot physically see,
Is with you all ways,
Loving you, like you love me.

So cry until the tears are gone,
Love and bless me with your song,
And know that in time,
Your sorrow will be washed away.

Continue to pray for every soul every day,
I know the Lord is showing the way,
For us to meet and laugh at Heaven’s Gate.

I love you in the eternal now,
Dead or Alive.

{I'll have a pound of recreational grade for you when you get here.}

We'll post more information here as we get it. Sister Somayah leaves an empowered hemp community who is committed to getting the job done of restoring the hemp plant to it's rightful role in healing the planet, and ourselves. We have work to do.
Posted by Nayer at 11:59 AM